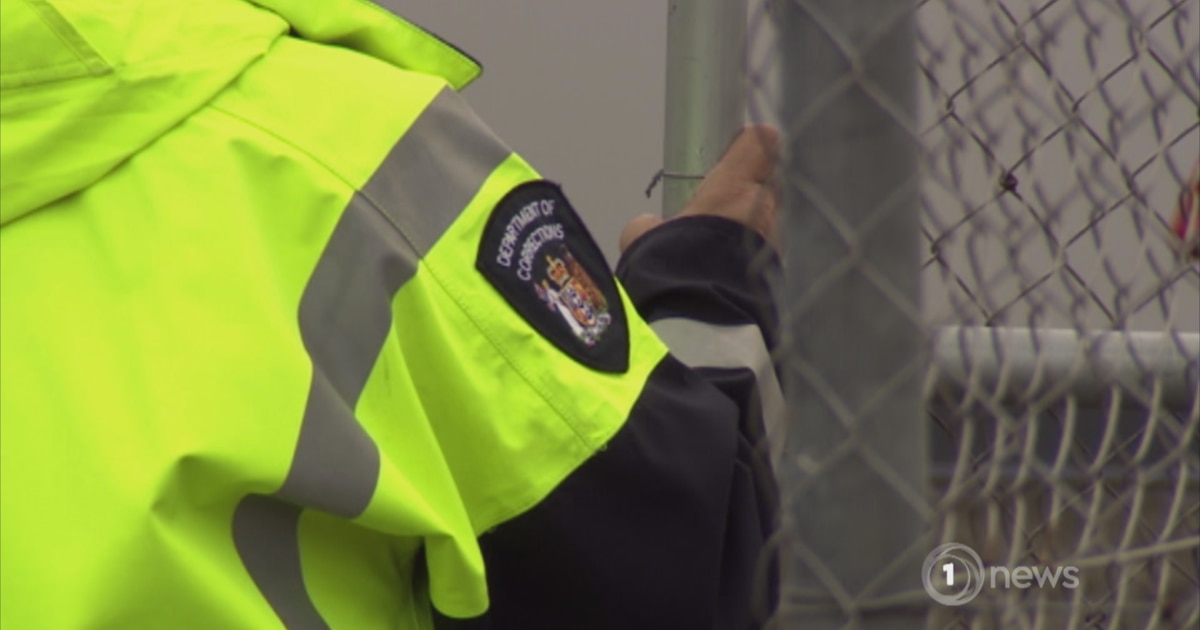 A former prison guard inside the mental health unit at Mt Eden prison was so badly injured on the job that he had to retire aged just 44. More than a year after the attack, his colleagues say little has changed.

They describe a work culture that puts staff and inmates at risk.

It was a routine task for officers in the Mt Eden Prison Mental Health Unit – guards supervising inmates over the phone, alone, in an office without CCTV cameras.

In the unstable environment of a prison, these tasks are not without risk. The management of correctional services knows this. But despite at least one serious assault that has occurred there and multiple concerns being raised, staff say it’s still part of the job.

So when Anderson Freire De Oliveira was given the job on February 16 last year, he did as he was told – no questions asked. But his compliance cost him his health, the job he loved, and his financial security.

In just one instance that day, life as he knew it changed.

The Aucklander was entering data into a computer when he felt the first punch hit him in the side of the face. He never saw it coming. The punch dislocated his jaw.

The prisoner he was watching had been angered by someone on the other side of the phone. Oliveira became the target of this rage.

“At that time, I didn’t know what was going on,” he recalls. “I was behind the desk. Then he got up next to me and he punched me in the head several times. I felt like I was blinking. That’s the feeling that I had.”

It all happened so fast, Oliveira didn’t have time to turn on his body camera and there were no cameras in the room – just one outside.

“At that point, I was like, ‘Wow, it’s my time now.’ I couldn’t do much, what I could do was follow the procedure.

It took him several attempts to restrain the prisoner and finally call for help.

He was left with serious injuries, including head trauma and a sprained wrist and shoulder.

More than a year later, he is still struggling. He was diagnosed with post-traumatic stress disorder and is still feeling the effects of the head trauma.

“I used to run 15km every day on my days off, twice a day. Now I can’t walk for two minutes because I’m losing my balance.”

And while Oliveira would still like the prisoner to be held accountable, he says it’s ultimately the system that is at fault.

He says corrections has not prioritized safety.

“We just want to go to work and come home safe and sound to our families.”

And although Oliveira went home that day, he says he is no longer the man he used to be.

“My biggest concern is how long am I going to go without being myself.”

1News has received correspondence from other staff working in the unit alongside Oliveira. All echo concerns about how the process of prisoner phone calls on the unit is handled.

A staff member writes: ‘I don’t believe our so called hierarchy has put our safety first. Yes we can defy them but if we do we are considered a difficult member.’

They say that while they are told to stay in pairs at work, a single officer is made available to take prisoners to the room where the calls are made.

“This is a highly unacceptable practice and yet it is happening throughout the prison.”

Another staff member said the lack of supervision was raised with management, but staff were not told to avoid using the offices.

In fact, they say it’s still common to have only one guard watching prisoners inside the unguarded space.

The latest data available shows that across all Correctional Services facilities in 2021, there were 24 assaults on staff that were so serious they required at least one night in hospital, in addition to 302 assaults that the department has classified it as less serious. These were incidents in which staff had been physically abused and may have required medical treatment or hospitalization, but without ongoing treatment.

There were also 549 other assaults that involved a physical altercation but did not result in injury.

1News spoke to an anonymous correctional staff member who described a work culture where little attention was paid to safety.

They said the attack on Oliveira should never have happened.

“I think he was probably coerced into making that phone call. [unsupervised with the prisoner]. ‘You’ll be right, he’s a good quiet prisoner, no problems.'”

They added that staff felt unable to question their elders when it came to concerns within their units.

“Staff are leaving in droves… we’re all given procedures and policies to follow and a lot of staff don’t.

“And if you bring it to the attention of their superiors, you’re a nark, but if you don’t, someone’s going to get hurt.”

The fear is that if nothing changes, he will see more Oliveira injured, unable to return or worse, inmates also at risk of injury if something goes wrong.

In a statement, Acting Northern Regional Commissioner of Corrections Tayla Yandall said pairing corrections staff was not policy, but they were encouraged to work in pairs.

“All staff are being verbally briefed on their own safety in taking care of each other, ensuring everyone is safe every day.”

She added that the department does not underestimate the effect an assault can have on its staff.

“Assault on our staff is unacceptable. The reality is that the threat of violence is something we cannot eliminate entirely, but we are committed to doing everything we can to minimize this risk and provide the safest environment possible. for staff and prisoners.”

She described a number of security initiatives the department was putting in place to regularly review assaults that have occurred and to consider what improvements could be made.

In Oliveira’s case, Yandall said she believed senior management had given her “the support, the space and the time to return to work” and said the department would continue to offer her support in her rehabilitation.

But Oliveira believes that hasn’t changed enough. He had hoped to return to work with a plan signed by his medical team, but felt compelled to give the Correctional Service a timeline for his recovery.

He ultimately chose to retire from medical treatment, but felt he had little choice.

“I got to the point where I said I couldn’t because it wasn’t safe.”

The decision to retire also has a financial cost. With the loss of his income, he had to downgrade his home from a downtown apartment to a single room in a shared apartment in Mt Roskill.

His future is now a big question, as his physical and emotional recovery becomes his priority.

A Texas death row inmate is asking for a 30-day reprieve to donate a kidney. 2 potential recipients have been found, according to his lawyers

Earnin Review: What You Need To Know