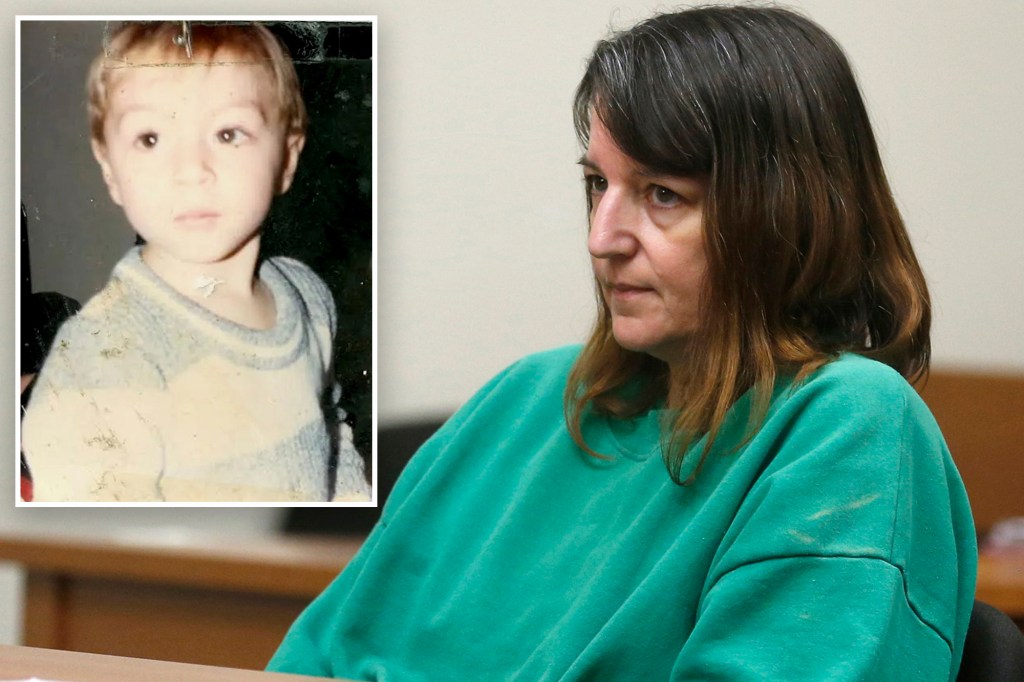 New Jersey’s highest court on Tuesday dismissed a mother’s conviction in the 1991 death of her 5-year-old son – one of the state’s most infamous and long-running cold cases.

Michelle Lodzinski was sentenced in 2016 to 30 years in prison for killing her son, Timothy Wiltsey, who she said disappeared from a local carnival.

But the state Supreme Court ruled 4-3 that despite the jury’s verdict, prosecutors failed to present enough evidence during Lodzinski’s lengthy trial to show that she deliberately caused the boy’s death.

As a result of the decision, which came after several appeals, Lodzinski cannot be tried again in this case.

“After considering all of the evidence and giving the State the benefit of all its favorable testimony and all favorable inferences drawn from that testimony, no reasonable jury could conclude beyond a reasonable doubt that Lodzinski had knowingly or knowingly caused Timothy’s death, â€the court wrote in its decision.

“Even though the evidence suggested that Timothy did not die by accident, no testimony or evidence has been offered to distinguish whether Timothy died by the negligent, reckless or intentional or conscious acts of a person, even if that person was Lodzinski, â€the majority said. noted.

Lodzinski, a single mother at the time of Timothy’s disappearance, told investigators in May 1991 that her child was missing while they were at a carnival in Sayreville.

But she was considered a prime suspect in the case from day one because she gave authorities several conflicting accounts of what happened that night.

She first told investigators that she briefly left her son alone for a soda and that when she returned to where she last saw him he was gone, NJ.com reported.

Then she said she left Timothy with a woman she met at the carnival and whom she only knew by first name thanks to Lodzinksi’s job in a bank – then she went to get a soda, and at the time where she returned, the couple had disappeared.

A third version involved the woman and two men, one of whom took Timothy at the threat of a knife.

Timothy’s body was discovered about a year later in a swampy area near an office building where Lodzinski once worked.

The cause of his death was never determined as his body had decomposed by the time he was found.

Lodzinski was not charged with her son’s death until August 2014, on what would have been her 29th birthday, the outlet said. At this time, Lodzinski was living in Port St. Lucie, Florida, and had two other children.

Investigators filed a lawsuit against her after revealing that the boy’s former babysitters identified a blue blanket found with her body as coming from the mother and child ‘s home.

Prosecutors called the cover “the smoking gun” in the case against Lodzinski during his trial in 2016.

“She dumped her body in a creek like trash, but left a telltale clue, this blanket,” First Deputy Deputy Prosecutor Christie Bevacqua told jurors, according to NJ.com.

“No other killer could get this.”

But Lodzinski’s lawyers argued that no forensic evidence ever linked her to the cover. They also said prosecutors failed to provide evidence showing Lodzinski intentionally caused Timothy’s death.

The prosecution returned with the claim that Lodzinski was a troubled young mother who felt overwhelmed by the boy.

They argued that the totality of the evidence, including his contradictory answers on initial questioning, was sufficient to prove guilt beyond a reasonable doubt.

Lodzinski’s conviction was upheld by an appeals court in 2019 – then again by a deeply divided state Supreme Court in May this year.

The state’s highest court agreed to hear the case again in October after admitting to making a procedural error in ruling on an appeals court ruling that applied an incorrect legal standard.

An appeal judge was added to the new hearing to serve as a deciding vote.

“This is a great day for the rule of law and for the proposition that convictions should be based on evidence, not speculation or emotion,” Lodzinski lawyer Gerald Krovatin said on Tuesday.

“Michelle is extremely grateful to everyone who supported her through this long ordeal.”

He added to NJ.com that Lodzinski “started to cry” when he heard the news.

But the mother’s brother, Michael Lodzinski, told the outlet: â€œWe all know the jury is right.

â€œWhat happened today was only the result of some legal maneuvering and the use of a seldom-used rule to secure a certain result, it is by no means a declaration of his innocence. “

The majority judges “believe they have righted a great wrong today, but all they have done is steal justice from a little boy.”

Town halls on the consolidation of the courts of justice | News