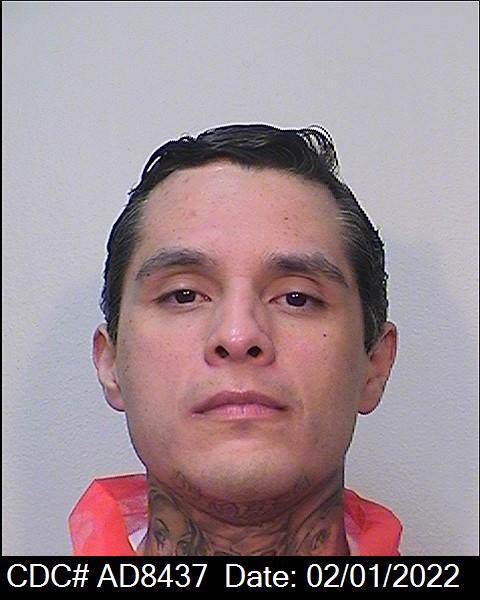 LOS ANGELES — Special agents from the California Department of Corrections and Rehabilitation (CDCR) apprehended Oscar Orozco this morning in Pacoima. Orozco had walked away from the Men’s Community Reintegration Program (MCRP) facility in Los Angeles on April 9.

Just before 10 p.m. on April 9, it was determined that Orozco had left the MCRP without permission. Agents from CDCR’s Office of Correctional Security’s Special Services Unit followed investigative leads and located Orozco in Pacoima. He was taken into custody at approximately 10.15am today without incident and was transported to the California Institution for Men. Orozco’s case will be referred to the district attorney for review of escape charges.

Orozco, 34, was admitted from Los Angeles County on June 14, 2010 to serve 12 years and six months for carjacking with the use of a firearm. While incarcerated, he was also sentenced in Kern County in 2015 to four years in prison for possession of a controlled substance in jail/prison, a second offense. He had been housed at the MCRP since February 1, 2022 and was due for release in February 2023.

The MCRP allows eligible offenders incarcerated in state prison to serve the end of their sentence in the rehabilitation center and provides them with the programs and tools necessary to transition from custody to the community. This is a voluntary program for male offenders who still have approximately two years to serve. The program connects offenders to a range of community rehabilitation services that assist them with substance use disorders, mental health care, medical care, employment, education, housing, family reunification and social support.

Since 1977, 99% of all offenders who have left an adult facility, camp or community program without permission have been apprehended.

More than 7 million American households do not have a bank account. Why?