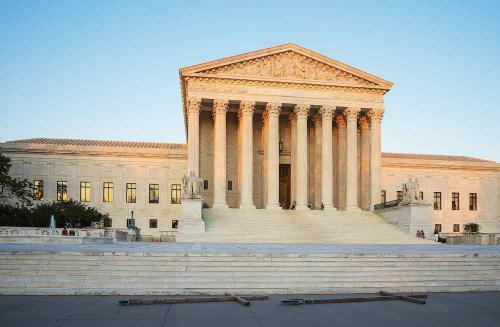 Product brands and the trademarks that define them are often divided along national borders. This is why Smarties® candies in the United States and Smarties® candies in the rest of the world are completely different products from different producers. Even a brand like Budweiser® beer is sold under a different name in Europe because a Czech brewer has the rights to that brand in the EU and in most countries, a dispute that has been going on and on for over ‘a century. However, as international travel, immigration and contacts continue to increase, national borders are no longer the barrier to marketing and raising awareness of the products they once were. This can be especially true when a business, such as Belmora, targets an immigrant or ethnic community in one country, and another business uses the same brand in the country to which the community is routing.

This is the case with the FLANAX brand. Since 2004, Belmora LLC has been selling naproxen sodium (an NSAID pain reliever) over the counter under the brand FLANAX, specifically targeting Latino neighborhoods, businesses and consumers. However, other companies have been selling pain relievers related to the FLANAX brand in various Latin American countries for decades. Bayer acquired these foreign rights shortly after Belmora began using the FLANAX trademark and in 2007 filed a petition to revoke Belmora’s trademark registration in the United States in 2005 for FLANAX in connection with the naproxen sodium.

Since then, the litigation has moved from the Trademark Trial and Appeal Board to the District Courts of Central California and the Eastern District of Virginia and has been taken to the Fourth Circuit Court of Appeals twice. Overall, Bayer has not claimed to have used the FLANAX trademark in the United States, but rather that the registration and use by Belmora of an intentional trade on the reputation and goodwill of the FLANAX trademark of Bayer in Mexico and South America to sell Belmora’s FLANAX product to immigrants and others who have spent time in countries where Bayer’s FLANAX is available.

To date, Bayer has been successful in canceling Belmora’s registration, but its other claims against Belmora for unfair competition under 15 USC 1125 (a) have been dismissed as prescribed by the district court. While the Circuit Court overturned that rejection for using the wrong standard to determine whether the claims were time-barred, it referred this issue to the district court, which could easily find them time-barred by failures rather than a statute of limitations. of State.

Belmora recently filed a certiorari petition with the United States Supreme Court, seeking to overturn the decision upholding Belmora’s liability for unfair competition. Whether or not the Supreme Court rules on the matter, the question of whether foreign trademark owners can prevent registration or use in the United States is likely to gain importance, especially with the growing trend to ethnically-targeted marketing and the strong feelings of many immigrant consumers, even second-generation immigrants, are produced “from home”.