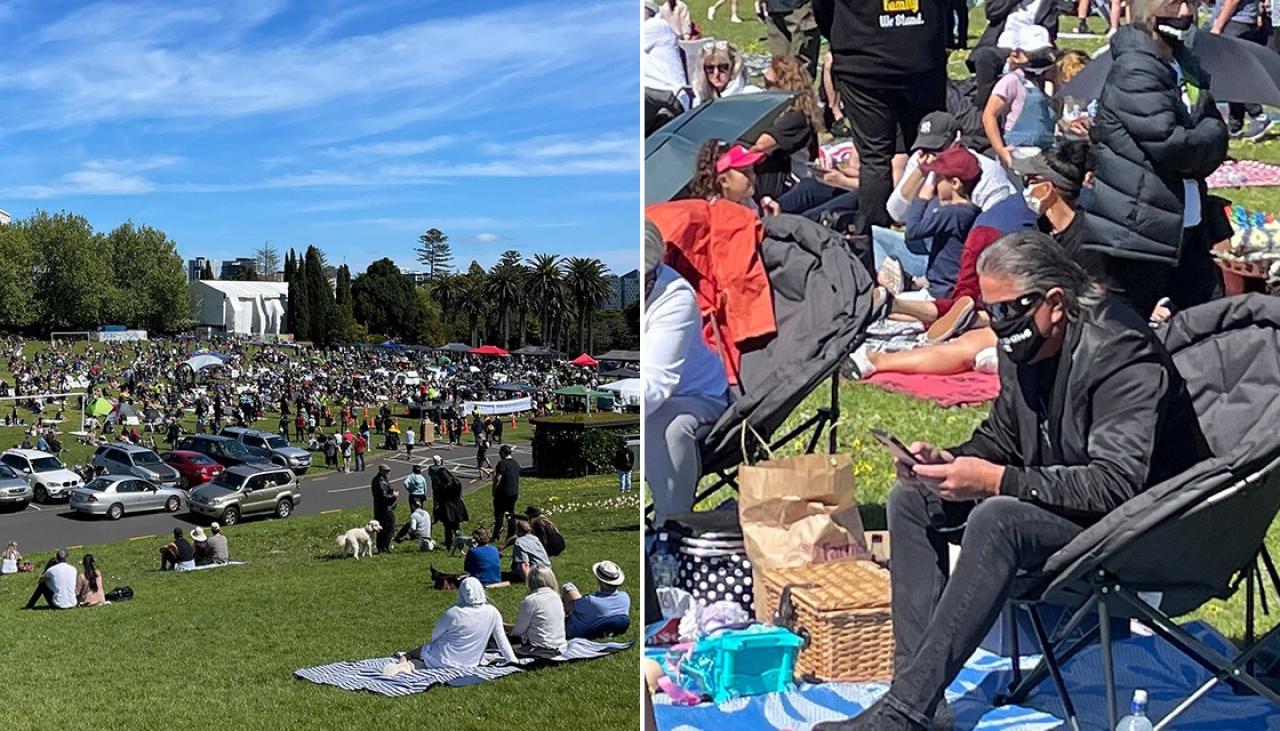 Among those at the Auckland Estate on Saturday was Destiny Church leader Brian Tamaki.

He appeared in Auckland District Court this week to plead not guilty to charges for allegedly violating COVID-19 alert level requirements during the first protest on October 2. The pastor was released on bail on the condition that he did not organize or attend any protest in violation of the rules.

Following this, he issued a statement saying he would picnic at the estate on Saturday “respecting the current COVID-19 restrictions, wearing my mask, but also exercising my right to protest peacefully at the same time.”

“I am not organizing this Families Freedom picnic, I will leave that to the Freedoms & Rights Coalition team who are quite capable,” Tamaki said.

Tamaki, along with linesman Paul Thompson who has also been charged, argued this week that the October 2 protest was allowed under the rules.

The maximum penalty for violating the COVID-19 order is six months in prison or a fine not exceeding $ 4,000.

Below Alert Level 3, most non-essential gatherings, where bubbles intermingle, are not allowed. However, weddings and funerals with a maximum of ten people can take place. Picnics of 10 people between two outdoor fireplaces are allowed at the first stage.