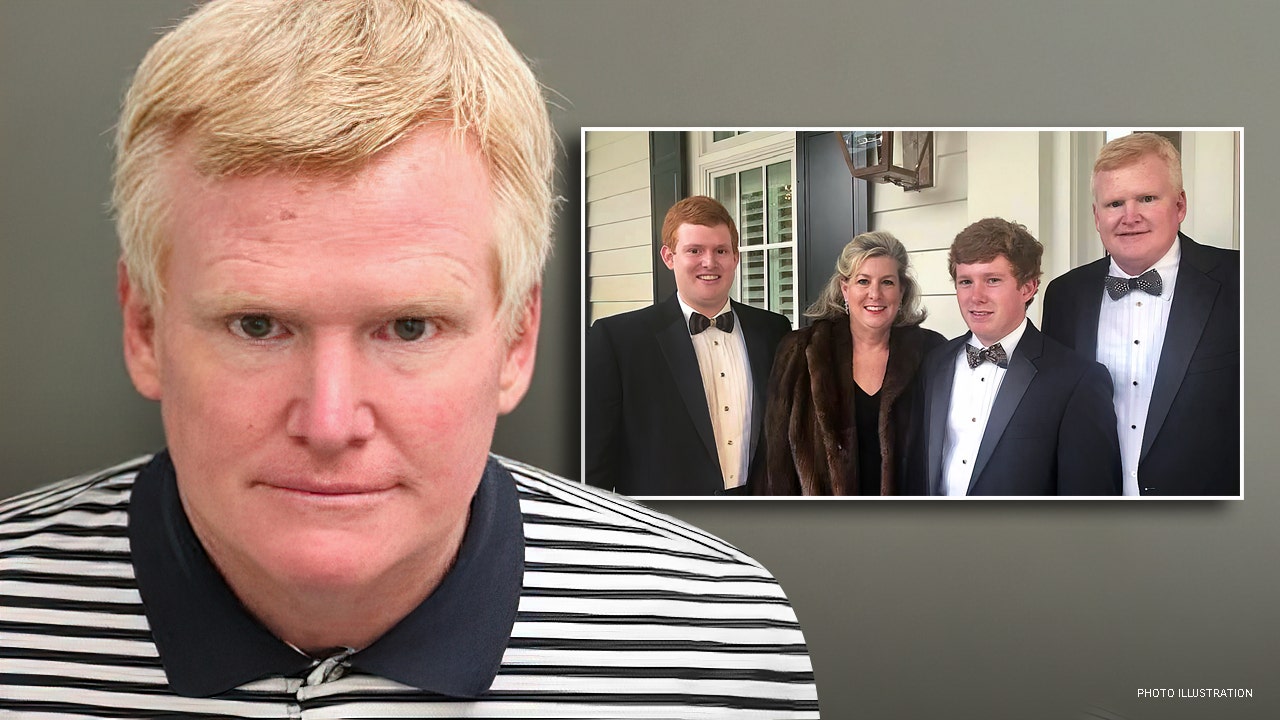 Alex Murdaugh’s medical records of an alleged botched suicide shooting have been released, as his defense attorneys continue to fight a suspected hitman, Curtis “Fast Eddie” Smith, who has appeared in the national newspapers last week claiming the disgraced South Carolina legal scion had never been shot.

Much speculation surrounded the alleged Labor Day weekend roadside shooting after Murdaugh showed up in a Hampton County courtroom 12 days later without bandages or visible injuries. The records come to light as Murdaugh was also arrested and charged on Thursday as part of an insurance settlement obtained following the death of the family’s longtime housekeeper Gloria Satterfield.

Accused of two counts of obtaining property under false pretenses, Murdaugh was arrested in Orlando, Florida, upon his release from a drug rehab center. He was extradited to Richland County, South Carolina, where he was held at the Alvin S. Glenn Detention Center on Saturday.

On Friday, two Democratic heavyweight lawyers representing Murdaugh, Dick Harpootlian and Jim Griffin, provided several news outlets with four pages of medical notes from Memorial Health in Savannah, Ga., Documenting Murdaugh’s injuries on September 4. Murdaugh initially called 911 on September 4. telling dispatchers that he was on his way to the beach but had a flat tire and was changing the flat tire when someone shot him from a moving truck. He was airlifted to a hospital in Savannah, Georgia, and then entered rehab to treat an opioid addiction, his lawyers said.

He then changed his story. Murdaugh then contacted the South Carolina Law Enforcement Division (SLED) to confess that he allegedly hired his former legal client and suspected drug dealer, Curtis “Fast Eddie” Smith to shoot him so that his only surviving son, Buster Murdaugh, could raise $ 10 million. life insurance. The suicide plan was botched, Murdaugh claims, and Smith only grazed his head.

“[Alex Murdaugh] made it clear that he would try to right all wrongs – financial wrongs – and others that he may have done. Look, he’s come to terms with the fact that he’s going to jail. He understands that. He’s a lawyer, “Harpootlian said on Friday. ABC’s “Good Morning America”. “Eddie Smith isn’t telling the truth, and he obviously has reasons not to tell the truth.”

Harpootlian reiterated that hospital medical records show Murdaugh had two gunshot wounds to his head, his skull was fractured, he had a brain hemorrhage and he was hospitalized in the intensive care unit. Harpootlian also doubled down on his claim that Smith was indeed Murdaugh’s drug dealer.

Records also showed Murdaugh was high in barbiturates when he arrived at the hospital, which is a group of drugs called sedative-hypnotics.

Smith, alongside his attorney, Jonny McCoy, appeared on NBC’s “TODAY” Thursday. He claimed he had no prior knowledge of an insurance plan before bringing his truck to meet Murdaugh on September 4. By the side of the road, Smith claimed Murdaugh asked him to shoot him, but Smith refused. When Murdaugh motioned to shoot himself instead, Smith wrestled him for the gun, which exploded.

Smith told “TODAY” that he was “1,000” percent sure Murdaugh had never been shot. In a promotional clip of an interview with CBS’s “48 Hours,” which is slated to air in full in a few weeks, Smith again denied that Murdaugh was shot and said he was not the drug dealer. the disgraced lawyer.

â€œHe wanted me to kill him,â€ Smith said during part of the interview that aired Sunday on â€œCBS Morningsâ€. “If I hadn’t taken [taken] the gun, I don’t know what he would have done. “

“Of course Curtis is like anyone else, ‘Are you crazy? What are you doing?” McCoy added. “No crime has been committed.”

If he’s guilty of anything, Smith said he “trusts too much”.

FOX Carolina reported that ambulance records show Murdaugh was shot to the head and hospital records show there was blood under Murdaugh’s skin and he had a fracture of the link. The notes indicated that Murdaugh had a laceration on the left side of his scalp. Barbiturates and opiates have been found in his body. A medical examiner told FOX that Carolina Murdaugh’s brain was bleeding.

The Greenville News also reported that medical notes showed Murdaugh had been treated for a scalp laceration, a small subdural hemorrhage and a skull fracture corresponding to two superficial gunshot wounds to the head. Fox News Digital contacted a copy of the records on Sunday.

“The audience is going to have to decide at this point which of the two scenarios is more likely. The scenario put forward by Mr. Murdaugh is that he called my client in a suicidal state and asked our client to shoot him for no apparent reason. , then our client just complied, “another Smith lawyer, Jarrett Bouchette, told Greenville News on Friday. “Or the other scenario that we think is more likely where in this situation he would ask our client to shoot him, our client refused and snatched the gun from him and at some point the gun went off. exploded. I think the latter is infinitely more likely. “

Before Murdaugh was arrested again last week, he had entered the second phase of his recovery after completing an initial medical rehab at an Atlanta facility.

Murdaugh has previously been charged with insurance fraud, conspiracy to commit insurance fraud and filing a false police report in an alleged September 4 shooting. His last court appearance was on September 16, when Hampton County Examining Magistrate Tonja Alexander set Murdaugh’s bail at $ 20,000, and he was released on bail, allowed to return to an out-of-state rehabilitation center without GPS monitoring.

According to two warrants issued by SLED on Saturday, Gloria Satterfield, the 57-year-old nanny and housekeeper of the Murdaugh family, “fell and hit her head” at Murdaugh’s home on Moselle Road in Islandtown on February 2, 2018 She later had a stroke, went into cardiac arrest and died on February 26, 2018. Murdaugh coordinated with Satterfield’s family “to sue himself to seek an insurance settlement with the ‘stated intention to donate the proceeds to the Satterfield family to pay for funeral expenses and monetary compensation for the children of Satterfield,’ the affidavits state.

On January 7, 2019, Fleming issued a check from an account belonging to his law firm in the amount of $ 403,500 to “Forge”. Murdaugh “created and owned a bank account titled” Forge “and ordered Fleming to write him the check to deprive the Satterfield family of the insurance claims owed to them by converting the $ 403,500 for Mr. . Murdaugh, “an affidavit reads.

Forge Consulting, LLC, is a legitimate company that handles insurance settlements, but is not affiliated with Satterfield’s Settlement or the Murdaugh-owned account, according to the affidavits. Murdaugh titled the “Forge” account as a “misrepresentation in order to facilitate and cover up the embezzlement in question.”

Fleming, who was also Murdaugh’s former roommate at college and his son’s godfather, Paul Murdaugh, had his lawyer’s license suspended for his handling of the case. Murdaugh is believed to be a person of interest in the June 7 murders of his wife, Maggie, and son, Paul, after the two were found shot dead on the family’s hunting estate in Colleton County. No arrests have been made in connection with the unsolved double murders.