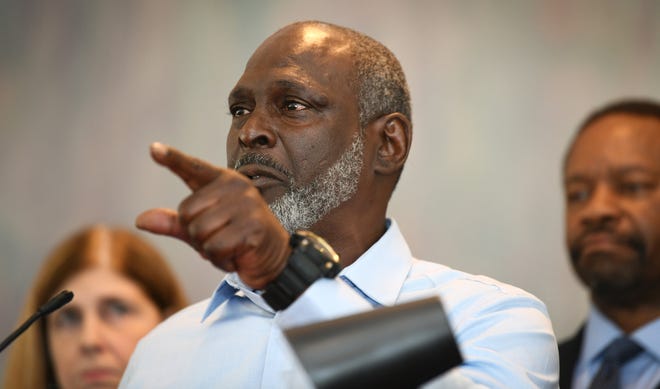 We’re going to ask you one thing in this editorial: imagine you’re arrested for a crime you didn’t commit.

You can’t believe you’re in this position. But you trust the American justice system so much that when you are offered the chance to plead to a lesser charge, you say no.

During the investigation, evidence is found that might be just what your attorney needs to poke holes in the prosecution case against you.

But instead of giving this information to your defense attorney, the prosecutor keeps it secret.

Now imagine that there is legal precedent that allows the prosecutor to do this, essentially cheat. The prosecutor decides: this evidence is not so critical to the defense and, if it turns out that it is, well, that’s what post-conviction arguments are for.

We could face that reality if the 11th Circuit Court of Appeals decision in Crosley Green stands.

Crosley Green is a black man convicted of kidnapping a young white couple in northern Brevard County in 1989 and driving them to an orange grove. There, the woman said, Green shot and killed her companion, Chip Flynn. The wife, Kim Hallock, escaped.

The problem: Hallock’s story of what happened didn’t match the evidence found in the grove.

Green Christmas:Torres: For Crosley Green and his family, a long Christmas to prepare

Hallock described the assailant with features that bear no resemblance to Green’s except for the color of his skin. However, in one photo series, in which Green’s photo is placed and darkened suggestively, she chooses him. He was told the killer’s photo was one of six. Three people who testified against Green in the trial later recanted, saying prosecutors coerced them. One of the deputies who responded believed so strongly in Green’s innocence that even in retirement she is following the case and coming to speak publicly on his behalf.

This same belief that Green is an innocent man is why a team of Washington, DC attorneys has been working pro bono to free Green for 13 years. As one of the chief attorneys, Keith Harrison of Crowell & Moring, told us recently: “It’s a classic case of racial hoaxing: the black man did it. You still want to believe that that kind of stuff never really happens. Worst of all, two of the first cops basically told the prosecutor and all the investigators that was exactly what was going on: it was a racial hoax. There was no de Noir, the girl did it.

Naively, at first, Green’s attorneys assumed it would be easy to overturn Green’s conviction.

It turned out to be anything but. And therein lies the problem.

A three-judge 11th Circuit panel overturned a 2018 decision that overturned Green’s conviction because there was a violation by Brady during Green’s trial. The Brady Rule requires prosecutors to turn over any exculpatory evidence to the defense. In Green’s case, prosecutors did not turn over notes from first respondent deputies who suspected Hallock of the crime — not Green.

One can only imagine how Green’s defense attorney might have used this information. And yes, we mean “just imagine” literally because we don’t know. The defense did not receive these notes.

The state appealed, and the 11th Circuit Court took a narrower view of the Brady Rule and ruled that the ratings likely would have been unimportant; they also argued that Green had not properly exhausted his legal options in the lower courts. Essentially, as Green’s attorneys rightly say, the 11th Circuit panel’s decision appears to elevate process and form above substance.

If the 11th Circuit’s ruling stands, it leaves us in a dangerous situation where prosecutors can judge what the defense needs to know. This is not American justice. That’s why Green’s attorneys filed a motion asking the 11 active 11th Circuit judges to rehear the appeal. They need six of those judges to agree to a new hearing.

The 11th Circuit Court of Appeals has jurisdiction over federal cases in Georgia, Alabama, and Florida.

Green has been under house arrest since 2021 while his appeal was pending. He works, spends time with his family, lives peacefully. He is where he should be. And, honestly, he’s probably where he would be – free – if he weren’t an innocent man. Why? Because he came to ask for parole, but to get parole you have to admit your crime. Green won’t, just like he wouldn’t accept a plea.

Green did not have a fair trial because prosecutors failed to provide evidence that could have bolstered his defense; the odds were against him. We rely on prosecutors to seek justice, but to do so fairly.

It’s what you would expect if you were in Green’s shoes. This is what we should all expect.